The Çıralı beach zone is a 18,297 m² site along the coast of Antalya Province, Turkey. Çıralı is widely regarded as one of the most beautiful beaches in the world, helping draw tourists and foreign residents to the area.

The Antalya region is a major tourist destination, known for its natural beauty and historic sites, and Çıralı in particular is a highest priority natural protection zone with a diversity of flora, including eighteen plants endemic to the area, and occurring nowhere else.


Çıralı Beach is also an important breeding ground of the Loggerhead sea turtles. These migratory turtles are an endangered species with a low reproductive rate and diminishing population globally, and their numbers are particularly vulnerable to predation at their beach-based nesting areas and hazardous fishing equipment. Suitable nesting beaches such as Çıralı are very rare.

The site is a publicly owned asset, managed by the Directorate of Forestry, which is a department of the Ministry of Forestry. Two years ago, the Directorate allocated the Çıralı site to the use of the Sports Club of the Directorate for recreational purposes. However, the Sports Club of the Directorate handed over the management of the site to a tourism developer, giving him a ten-year lease. This developer attempted to build up fences along the perimeter of the Çıralı site, which triggered the reaction of the inhabitants of village of Çıralı. A ‘soft’ resistance started at the site, the most well-known being the protest action of the ‘yogi villagers’.

The resistance of the villagers was accompanied by legal procedures, which brought about the rejection of the site’s Development Plan by the Council of Protection of Historical and Natural Assets of the Ministry of Culture and Tourism, due to the intensity of the proposed built-up areas, such as the canopies and eateries. But at the same time, another government ministry, the Ministry of Environment and Urbanism, approved the Development Plan proposed by the developer.

The villagers of Çıralı and various NGOs protested the decision of the Ministry of Environment and Urbanism, which they regarded as a threat to the future of the natural assets, especially the breeding ground of the Loggerhead sea turtles. The villagers first succeeded in bringing about an injunction preventing the execution of the developer’s lease agreement for the site. Subsequently, the villagers won two separate court cases, one terminating the development project and the other annulling the developer’s lease agreement entirely.

Contradictory decisions by different government ministries are not uncommon in Turkey. However, the selflessness of villagers who preferred the protection of natural assets to revenue-generating tourism developments is quite rare, and will hopefully guide residents of the other regions in similar situations.

The author is a Professor at the Faculty of Architecture Department of City and Regional Planning at the Mimar Sinan Fine Arts University in Istanbul and an Associate Partner at the Mare Nostrum Project. 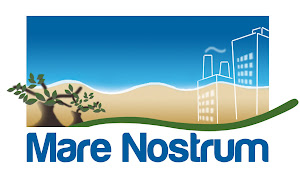 Welcome to Mediterranean Coastline Monitor, the blog of Mare Nostrum, an EU-funded cross-border project exploring new ways of protecting the Mediterranean Sea and preserving its coastline.